The Locked Faith project is aimed at restoring religious freedom in Crimea and Donbas.

The goal of the Locked Faith project is ending religious persecution in the Russian-controlled Ukrainian territories of Crimea, Donetsk, and Luhansk regions, as well as facilitating the return of cathedrals and houses of worship seized by Russian-controlled military formations to religious communities as their rightful owners. 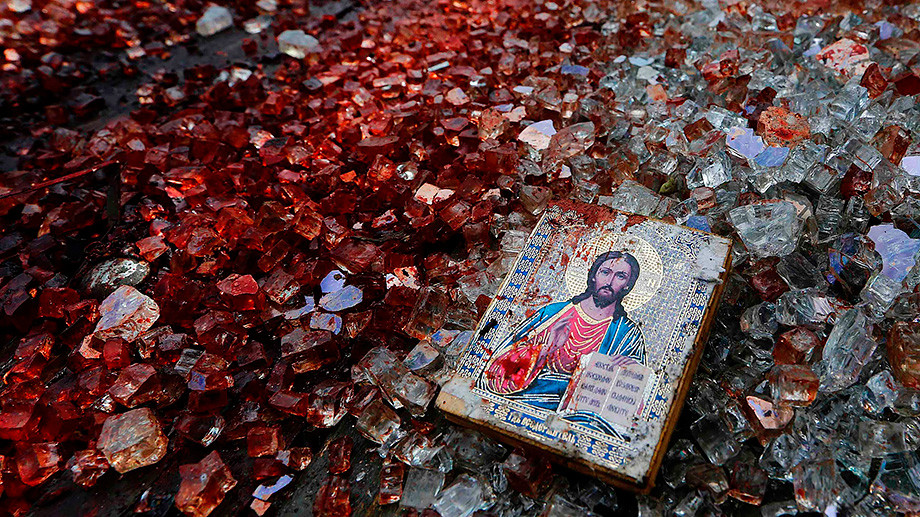 We are confident, that international influence on the Russian Federation and the officials responsible for organizing religious persecution in the Russian-controlled Ukrainian territories of Crimea and Donbas will draw attention to the importance of protecting human rights, in particular restoring freedom of expression, and religion or belief, as a part of the process of peace negotiations and peace-building initiatives.

We are demanding the issue of ending religious persecution initiated by the Russian-controlled authorities to be put on the agenda of international meetings, reports, and negotiations on the peaceful settlement of the military conflict on the territory of Ukraine.

This project is implemented by the Institute for Religious Freedom. IRF is an NGO defending human rights founded in 2001 in Kyiv. Since 2014, we have focused on the problems of believers and religious communities affected by the Russian aggression against Ukraine, and we strive to reduce the risks to their health and life, restore lost freedoms of expression, and religion or belief.

IRF partners in the implementation of the project:

The website was launched due to the support of the Netherlands Embassy in Ukraine in the framework of the IRF project "Mobilization of the international community to end identity-based persecution in the non-government controlled areas of Ukraine."